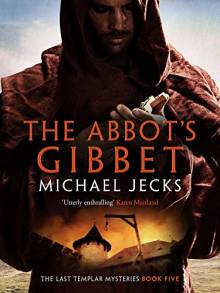 A gruesome murder with no clues or motives will shake a community to its core.

Devon, 1319: Merchants from all over England and beyond are drawn to Tavistock's famous fair. Wealthy visitors may be a tempting target for cut-purses, but no one expects a murder, let alone a headless corpse ...

Newly arrived in town, Sir Baldwin Furnshill, Keeper of the King's Peace, and Simon Puttock, Bailiff of Lydford Castle, are asked by the Abbot to investigate. But where can they start when the corpse itself is unidentifiable?

With the town awash with rumours, and no shortage of suspicious strangers, can Simon and Baldwin unravel this complex web of mystery?

"As the book progresses and the threads begin to intertwine, it becomes a complete page-turner - I think I read the second half of the book in a single sitting - and the murderer is both well-hidden and obvious when it's pointed out. The perfect solution to a cracking read."