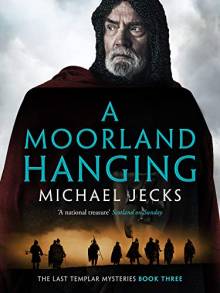 Simon and Baldwin must step into action once more.

Devon, 1318: Peter Bruther flees his master Sir William Beauseyr, despite knowing it could earn him a brutal punishment. To escape said punishment, cunning Peter sets up as a tin miner on the moors so he is automatically in the protection of the king.

When Simon Puttock informs Sir William that he has no legal claim on his wayward servant, the knight is furious, fearing an uprising amongst his other men. But before any dissent can spread, Bruther's body is found hanging from a tree on the moors, and Simon, assisted by former Knight Templar Sir Baldwin Furnshill, finds himself investigating cold-blooded murder.

The pressure is on to unravel the truth before further violence ensues, and there is no shortage of suspects to choose from.

"Tin mining in medieval Devon doesn't sound like the most enthralling setting for a murder mystery, does it? But Jecks takes full advantage of the strange legal situation regarding tin miners - namely that if you claimed a piece of land and started mining tin on it, then the land is yours, even if it belonged to someone else beforehand - and crafts a story where the motivations are such that the story could ONLY be set in medieval Devon. It's not always the case that a historical mystery takes full advantage of the setting, but that is certainly true here. ...Highly Recommended."