I've often had to be reminded by my ever-demanding website administrator (yes, Jean, that is you!) that it's time I wrote another newsletter, but it's not so easy. After all, when not much is happening, there's not a lot to say; if there's a lot happening, there's no time to say it anyway.

However, this time there's a lot of things I need to tell people about, so here goes.

First of all, many thanks to all those who wrote to me after my accident. For those who didn't know, I was walking the dogs in a hurry on 20th December, when my foot skidded because of the sodden soil. It meant I badly wrenched both my ankle and knee, and basically until New Year I was pretty much housebound. It's healing nicely now, apart from being very stiff, but physio should sort that soon.

On a more cheerful note, I have had a new landing page created at www.michaeljecks.co.uk (thanks, Jean). We had to do something because so many people come to the site now from their phones and tablets, and the old page to welcome them wasn't ideal. Now it's a lot easier to find me and get straight to the part of the site that people want, whether it's Templar series books, Vintaine series, news, or links to videos and blogs. Hopefully you'll like it as much as I do (so thanks again, Jean). Take a look and let me know, please, if you see any glitches!

If you do take a quick look, you'll see that there are some new books up. This year is going to be very busy. 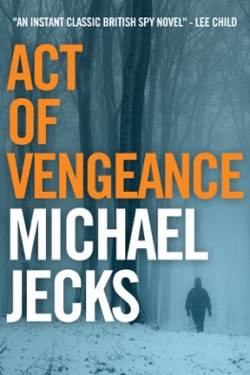 First, on Monday 15th February (but see STOP PRESS) Act of Vengeance will be launched by Endeavour Press with a nice, shiny new cover. You'll be able to buy it as an ebook, just as you could before, but now, at long last, it'll be possible to order it as a print-on-demand book on actual paper. The publishers are already getting a lot of interest, because the great thing about firms like them is, they have staff to put the effort into marketing and publicity. Although I did a certain amount, and lots of copies were sold, I don't want to spend my time in marketing. With luck, this will help push the book to a whole new audience. Soon afterwards, both No One Can Hear You Scream and For the Love of Old Bones will also be rereleased by Endeavour. 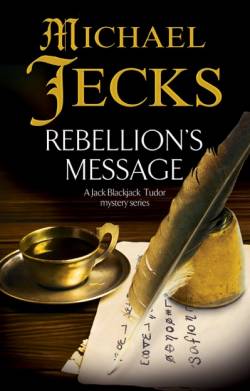 Then, on April 30th, Crème de la Crime, an imprint of Severn House, will publish Rebellion's Message, the first in a new series of books set in the reign of Bloody Mary. I always thought that Henry VIII and Elizabeth got a little too much attention from film, TV and publishers, and reckoned it was time to go to probably the most bloodthirsty of the line. I've invented a new character, Jack Blackjack, and I have really enjoyed putting his unorthodox and not very exemplary lifestyle into print. Hopefully these books will appeal to those who like their history with a dash of black humour.

That's not it, though. 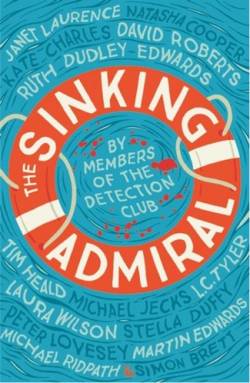 On 16th June there is to be another new book. This time it's a collaborative effort, with several friends from the Detection Club. We all decided to write a book together for fun, and it's coming out as The Sinking Admiral from HarperCollins. Some years ago past members were responsible for The Floating Admiral, which sold very well, and we're hoping that this book will also translate itself into easily refundable drinking-vouchers!

Then, on 25th August, the final book in my Vintener trilogy will be published by Simon and Schuster. This book, which will be called Blood of the Innocents, is a powerful story that looks at the original vintaine ten years after winning Calais. In that time, the men have seen France fall apart, they have endured the plague and other tribulations, and this book looks at their lives again and brings about some closure for them with the cataclysm that was the battle of Poitiers. It hasn't been an easy book to write, because while writing this I lost several friends and my mother, too. I definitely feel like a new project now.

However, before talking about newer books, I have to let you know about a few other things that I'm involved with.

I have often been asked to judge competitions, and this year I've been glad to accept the position as a judge on the Paddon Award (Paddon Award 2016) for Exeter University. I'm really looking forward to working through the entries with the other judges. In October I'll be judging another prize, this time a commercial one for Impress Books. I was involved as a judge last year, but this time they've asked me to be chairman of judges, which was a great honour. Finally, if you want to hone your writing skills or want to get time off to spend with others who love books, I have been asked to return to the wonderful Swanwick Writing School on 9th - 10th August. The 9th will involve me giving an after-dinner talk (help) and the 10th I'll be giving two workshops on writing. I hope to see lots of people there. Last year I had over 100 to both sessions.

And finally, I am at last working on the next book. What is it about? It'll be a story all about the first Crusade, and the sort of men and women who joined it. But the great thing is, I'm writing it all by hand on a leather writing slope I made a little while ago. Since I can't justify the cost of a writing slope, this is the nearest I can get.

The writing system I'll be using is an Atoma pad, because that means I can rip pages out and reinsert them in a different place. It makes the whole process a lot easier for filing the book as I progress with it. It's also very useful that I can use smaller pieces of paper for notes and insert them into the work in progress.

The last two elements I have already spoken about before. Diamine Inks have very generously given me a selection of all of their inks, and I'll be using them throughout with a new ink each day, which is just brilliant fun, although when I get to inks like their Syrah, I really don't want to change the colour at the end of the day! The final component is my lovely new Visconti Homo Sapiens with a dual reservoir system. This is a fabulous tool that was made specifically for me and I cannot thank Dante del Vecchio, the owner of the company, enough. With luck it will one day be made for general release to other writers.

It is a standard Homo Sapiens body, made from volcanic lava from Mount Etna. This is a wonderful material for a pen. It will not scratch because it is literally as hard as rock. But it's also slightly hygroscopic, which means that it absorbs moisture so it never feels slippery in your hand, as well as always feeling comfortably warm. The big difference between this and my other pen is that Dante has had two viewing windows installed in my pen, so I can always see how much ink there is in the main body. And because it's got an absolutely vast reservoir, I can use it all day without running out. That, for me, is a great benefit.

There is one last book I should mention. Last year I began another new story, which I finished early this year and which is now with a professional editor to see what she thinks. With luck this book will be accepted later in the year. More on that when (or if) it happens!

And that is about it. I hope you've found this interesting, and do please get in touch if you have any questions or want to order past or present signed copies of my books. I'm always happy to reduce the stock in the far corner of my office!

All best wishes for 2016.
Michael Jecks

I'm delighted to say that the Endeavour Press version of Act of Vengeance is live and selling on Amazon.

If you'd like to check out this new thriller, that would be great, but don't forget to go back and give it a good review, please. Amazon grades all books by the number of positive star grades and reviews that a book wins. Without those scorings, books disappear into the Amazon unrated black hole. So your reviews really do make a huge difference. I know it is a pain to go back and put in a review, but if you only put up a number of stars and one word, you'll help this author keep on putting food on the table! And if you enjoyed any of my other books, please go back and give them a rating and "Brilliant" or something similar. It makes a huge difference!

Many thanks and happy reading!