Well, I don't think too many people will argue when I say that this has been a really strange year - and not in a good way for most of us.

It began very positively for me, hearing that Smithsonian Journeys, a division of the Museum, were keen to have me work with them on two of their tours this year. I was delighted - it's fun to get out of the house and meet with a diverse group and share some of my fascination with crime writing. I was also asked to go back to Swanwick Writers' Summer School and teach for a week, and I was looking at working with Arvon, also teaching. And I was happy to agree that Canelo could sell my Templar Series. 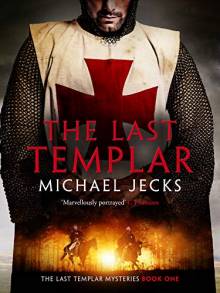 Then again, there were visits to meet friends and participate in writing festivals, there were planned breaks over weekends and the thrill of relaunching all my titles rescued from Simon and Schuster last year.

Well, yes, it all started swimmingly. And then it all went to pot, didn't it?

The gigs were all cancelled, even the one I was organising on behalf of the Crime Writers' Association for the Annual General Meeting. The festivals closed their doors, asking whether some authors would offer Zoom meetings instead, and the Smithsonian decided against visiting the UK - or anywhere else. I conducted a one hour talk for them instead, as I did a couple of talks for Swanwick and others.

In the end I I threw away my diary in, I think, April. There was no point in keeping it after that. 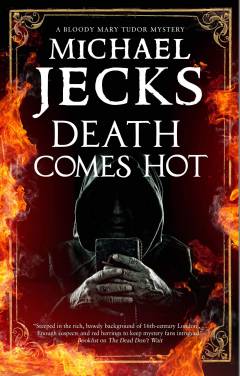 One good thing was publication of the latest Bloody Mary title, which is conveniently available for purchase in time for Christmas, of course. If you've not read Jack's latest exploits, all I can say is, Kirkus Reviews and Publishers Weekly both gave it very good reviews indeed, and I rather like it myself. I can recommend it!

Still, I was able to write most of one book, 'Bloody Mary book 6' (I've no idea what it's going to be called), while also editing my way through two other, older titles. One, Shanghai, or One Last Dance Before I Die, I hope will be taken up by a publisher before too long. The second, The Sniper, may well have to end up as a book I promote myself. It's a great little story, I think, although it is very obviously an early novel. Still, I like it. It was the very first book I ever wrote, and I think readers will enjoy it, especially those who liked Act of Vengeance.

The year has been fun for other reasons. Early in the epidemic I expanded my YouTube interests by adding more reviews of paper, but also talking about other things to occupy everyone locked up at home. I started talking more about alternative activities, reviewing some paints and papers. The real surprise came when Conway Stewart, the pen manufacturers, sent me a limited edition pen as a birthday gift, which was enormously generous and very gratefully received. My Indiana Jones, Series 58, rests in my shirt pocket even now, and it's wonderful! You can see it here:

Just now I am hoping to be commissioned to work with Smithsonian again. Although many of the festivals still appear to expect not to open next year, I have some hope that one or two will want to have authors present. Then again, the opportunities for meeting people on line are increasing. I have been asked whether I could begin a kind of writing club for people who want to join a pen-friend writing group - a fascinating idea, but one which I'm a little nervous about, since it'll involve a lot of planning and time writing. However, it's a highly appealing concept. I'm still thinking about it. And, of course, there are more books to write. I have ideas for a follow-up to Pilgrim's War, another few Bloody Mary stories, a new crime series based on a policeman in Plymouth, and a second based on an artist. All workable - it's just finding time for them.

And of course this year, given hours of extra time, I've found inspiration to be sorely lacking!

However, there have been some terrible and sad aspects to the year. In our village, we have lost several old friends - none due to Covid, I should hastily add - but many of you will know people who have been very unwell, and who are still suffering from "long Covid", or who have died. My condolences if you have.

My family has suffered our own loss. In late October my brother Alan, who has lived and worked in New Zealand for some 45 years, was suddenly struck down with cancer. It wasn't his first brush with this disease, but this variant was infinitely worse than his previous encounters. He was given two weeks to live.

We spoke to the New Zealand authorities, and with their support - not by bending the rules for us, but by not throwing obstacles in our path and treating us sympathetically - we were able to visit Alan. Fortunately the initial timescale was not accurate, largely because of his determination to see us. We had to spend two weeks in quarantine before we were allowed out, but as soon as the quarantine was completed, we drove to meet his family and had ten glorious days with him. He had always wanted to show us New Zealand, and he had time to take us to his weekend retreat, then to his home in Wellington. He got us to visit scenic areas, had us drink in his favourite pubs, and generally kept himself going while we were there. He died two days after we left New Zealand.

So this year has been one of high hopes routinely dashed, followed by a real disaster for my family. But there are always two ways of looking at things. Yes, it has been grim this year, but it's also been a time to rest and consolidate. And as a result I think it's safe to say that next year is looking a great deal stronger. Yes, it was horrible having to say good bye to a massively loved brother. That was, without any shadow of doubt, the hardest thing I have ever had to do. And yet there was so much about his last days that was wonderful. Seeing the places Alan really wanted to show us, forging new bonds with Alan's children and grandchildren, and making friends with their friends. It was a hard, horrible time, but also felt like a kind of renewal. The main thing, for me, was that it created memories I will never forget. And it brought me closer to my other two brothers.

2020 has not been a good year. But part of life is accepting positives as well as trying to cope with negatives. Let's just hope 2021 is a lot better.

I wish you all a very Merry Christmas, and a Happy - and healthy - New Year.
Michael Jecks