The Malice of Unnatural Death 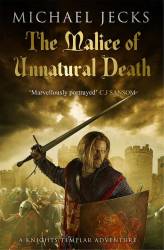 Escaping from the Tower, Roger Mortimer - the King's most hated enemy - makes his way to France, and hires an assassin to murder the King. But just as his plans begin to succeed, the plot is uncovered, and the assassin flees the city.

Then the body of a local craftsman and that of a King's messenger are found in the city's streets and Sir Baldwin de Furnshill, the Keeper of the King's Peace and his friend Bailiff Simon Puttock, are asked by the Bishop to find out who was responsible. The dead messenger was carrying a dangerous secret and the Bishop is desperate to have his message returned to him before anyone else discovers its contents.

Baldwin and Simon are reluctant to get involved, but the politics of the nation and of their patrons are growing ever more insistent, and the two must find the murderer before he can strike again. But when murderers can use magic, no one is safe.... 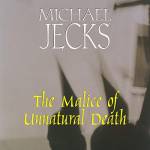 The Malice of Unnatural Death was first published by Headline on December 30th 2006.

"Each page is densely packed with cuckolding, coarseness, lewdness, lechery, gore galore, but also with nobility. A heady mix!"

"Michael Jecks has a way of dipping into the past and giving it the immediacy of a present-day newspaper article..."