End of Year Report from Dartmoor

And so another year is close to ending. And as it approaches the time when it's about to fall off its perch, it is strange to think of all the effort I had intended... the new projects I was going to start, the ones I was going to finish...

It's been another furiously busy year, with two novels written (The Templar, The Queen and Her Lover, then The Prophecy of Death), closely followed by the latest Medieval Murderers' outing with book IV, The Lost Prophecies, which yes, did sort of lead into book 25 of my own series. Oh, and I've outlined the next few books in the series, as well as the next Medieval Murderer too.

Not only that: keen readers of the exploits of Baldwin and Simon will be glad to hear that we've a fresh contract with Headline which will see the series through to book 29. That is, to me, quite astonishing. How on earth my series has managed to grab the attention of quite so many readers over the last years both surprises and delights me. Especially since all my past books are still in print. There are very few series which can boast continual reprints for the last thirteen years. 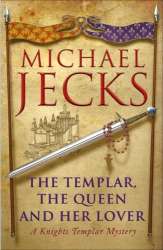 To stick with the present series for a moment, I hope that my readers will not mind the fact that I've had a slight digression from Dartmoor. There are sound, practical, historical and narrative reasons for this. I have to confess that in the past I've been a little sniffy about authors who've suddenly grown itchy feet and have moved away from their home sites to pastures new. It's almost as though they get to book ten or eleven and decide that there've been too many deaths in the quiet little village, or basically they're bored stupid with the location. For whatever reason, suddenly Hercule Poirot is to be found on the Orient Express, or in Egypt. Credible? Hmm.

Sadly, having spent years being cynical about such things, now I find I'm in the same position. Since my characters are moving through the history of their times, it's fair (I think) that I move the pair on and away for a while, during the latter years of King Edward II's reign.

In Baldwin's case, he's built for himself a sound reputation as a loyal, honourable and honest Keeper. That in itself would make him stand out from the crowd of maybe 2,000 knights in England. So many were shown to be corrupt that the few decent men gleamed with righteousness. Then again, as war approached with France, the King had need of loyal men whom he knew would side with him and give him fair, honest advice. Bearing in mind how many of those whom he had trusted had turned to support the Lords Marcher in 1322 (and subsequently been hanged by him!) he had ever fewer men on whom he could call.

Then again, from the perspective of the men whom Baldwin knew in Devon, it would be likely that he would be one of the very small number who would have been likely to be sent to Westminster to parliament. And during the dreadful disputes and troubles which characterised the turbulent history of Tavistock Abbey after the death of Abbot Champeaux, it's no surprise that Simon loses his job at Dartmouth and finds himself at a loose end.

So, in Dispensation of Death, the two find themselves in Westminster at the seat of government. And because of their involvement in a scandal involving Despenser, they are chosen to travel with the Queen to France, to protect her as she negotiates a peace with the French King, her brother. In the following books they return to England only to be sent again to France, this time to protect the King's son, Duke Edward of Chester, later to become Edward III.

There is a lot of excitement to cover in the next books. I have the attempt on the life of the Bishop of Exeter, the sudden collapse of the reign of King Edward II, the murder of the Bishop in London, the hunt for the King and his two detested allies, the Despensers, and then I have to deal with the dreadful rule of Mortimer himself. There is plenty of life left in the series, I am glad to say.

However, life is not only writing and daydreaming.

This year I've started a photoblog on the website (which I have neglected slightly recently as my computer's been giving me some problems). There have been signing trips, notably to Chicago, Anchorage and Seattle.

As you can see, Chicago was beautiful. However, much more attractive was Anchorage, which is a wonderful town, full of the most lovely people imaginable. I've never felt so at home in a city before.

For the future: I have begun a new series of speaking engagements, I'm looking at expanding on the success of the Medieval Murderers talks with my friends there, and have begun a fresh relationship with the enormously knowledgeable and delightful Ian Mortimer, author of many of the books I rely on for my research.

I have been slightly hamstrung by my involvement as a judge for my third year with the estate of Ian Fleming, helping to find the winner of the CWA Ian Fleming Steel Dagger for the best thriller of the year. It is a wonderful privilege, and enormous fun to be involved with such a great prize - but it also takes an inordinate amount of time to read through some 180 books. Yes, I'm not kidding. About one book every two days. I just rely on the fact that I can read quickly, that I have some fairly long train journeys to take, and that I can be singularly cruel and ruthless with my peers. Otherwise the prize would never be awarded.

So what is new for the coming year? Mainly a series of talks to libraries, some lectures at universities, I'm helping organise the Dartmoor Literary Festival, and I am very keen to do more Morris dancing.

Sadly this year I was put out of action for the whole season by my blasted (but adorable) Ridgeback. She knocked me down and very badly strained my ankle. These things happen, but it was a terrible torture to me to be forced not to dance all year. I'm back huckling now, thank goodness.

Apart from that, I will be taking a lot more photos in the near future. Next on my personal list of 'wants' is a new camera bag for all my equipment. There are some excellent-looking bags out there, but not that many which promise to be fully waterproofed. And I do live on Dartmoor!

As soon as I have my new bag, I'll be beginning a project I've been thinking about for a while. I'm keen to follow the original Dartmoor Perambulation. This was a very important event, during which certain King's officers would traipse over the moors to stake the King's claim to his hunting grounds, his "forest". It meant that they had to walk or ride some sixty-odd miles, all round the ancient boundaries, to make sure that no one was encroaching, and basically to confirm the King's claim. I'm hoping that this coming year I'll be able to copy them, and walk all the limits of the moors. I also hope to cover some of the older tracks, too. The Abbot's Way, the Templer Way (nothing to do with the Templars) among others. And take copious photos so people can see what the land is like. After all lots of people seem to be looking at my photos in order to see what Devon is really like.

And of course many people still want copies of my books. For the select few who want copies of hardbacks and the occasional words on tape or on CD, I do have some author copies of books and the rest. So, if you are desperate for one of the older books, or simply want a newer one, signed, contact me by clicking on the "contact me by clicking here" blue writing at the bottom of my Home page on the website, or by replying to this. I don't have many copies of the earlier books (in fact, I've none of the second, third, fourth, and only one of the very first), so it's first come, first served.

That is about it. I am enormously grateful to all those who've written to me to comment on my books, on my research, and on the photos. Do please keep the comments coming in, and thanks again for keeping this writer scribbling.

All best wishes, and may I wish you and your families a very Merry Christmas, and Happy and Prosperous New Year!
Michael Jecks