The Tolls of Death 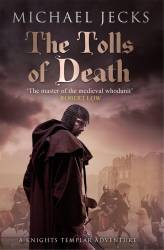 After their gruelling journeys back from Galicia and Scilly, Sir Baldwin Furnshill, Keeper of the King's Peace, and his friend Bailiff Simon Puttock are at last back on the English mainland, dumped unceremoniously when their shipmaster partakes of his cargo and almost wrecks the ship. Eager to get home, Baldwin and Simon set off on horseback but only get as far as Cardinham on Bodmin Moor.

While they rest in this Cornish vill, a penniless young woman, Athelina, is found hanged alongside the dead bodies of her children.

At first this seems to be the final act of a desperate woman, but then suspicions are raised, and Simon and Baldwin are asked to investigate her death. But where can they start? The Constable seems to run the whole place as his own fiefdom; the miller ignores the law with impunity; even the priests are too scared to talk. The rivalry and feuding seems to involve the whole of Cardinham - including the castle's men-at-arms and the strange, grim-faced squire who has so recently arrived. Who is he, and what is his interest in the affairs of the villagers? And why won't the men in the castle enforce the Manor's laws?

Yet among the peasants someone knows more about the death than they are letting on. Simon and Baldwin soon realise that Athelina's death is not just an isolated incident; the killings go back many years, to a very old feud.

As the escape of a traitor threatens to embroil the country in a new civil war, and as rebels are sought out by the King's men up and down the land, Simon and Baldwin must look beneath the village friendships and family loyalties to find an evil killer and secure Cardinham's safety - but when law and order fail, how can any man hope for justice?

"The master of the Medieval Whodunnit" 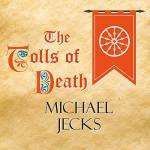